"Habib is a champion, Conor is a rooster." The victory of Nurmagomedov was marked by rifles in Dagestan 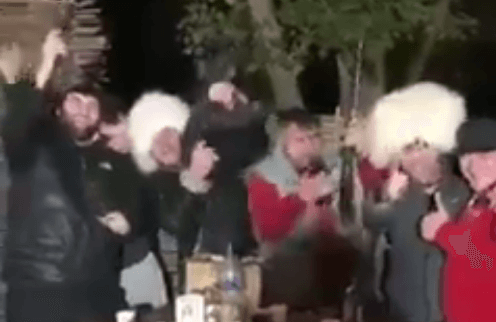 Particularly vividly responded to the victory of the Russian fighter in the Republic of Dagestan. In Makhachkala, hundreds of people ran out into the streets and danced a lezginka, and the cars solemnly honked.

A group of comrades decided to stand out – the men laid the table, put on the whites, like Habib’s, hats and shouted at the camera: “Habib is the champion, Conor is the rooster!”.

Women’s boxing team of Ukraine refused to participate in the world boxing championship, which will be held in Russia