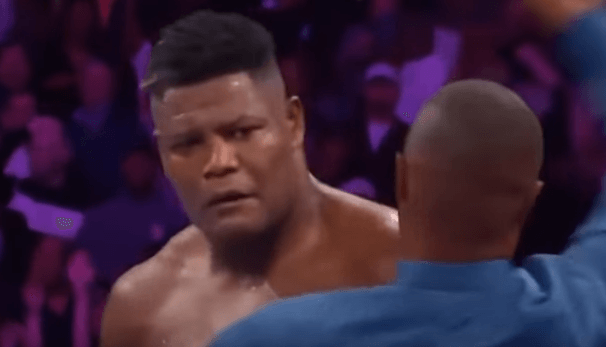 LAS VEGAS — WBC Heavyweight World Champion Deontay “The Bronze Bomber” Wilder continued his title reign with a one-punch knockout victory over Luis “King Kong” Ortiz in the seventh round of their rematch Saturday night that headlined a FOX Sports PBC Pay-Per-View from the MGM Grand Garden Arena in Las Vegas.

In a rematch of their epic 2018 fight that saw Wilder rally back from nearly being stopped to knock out Ortiz in round 10, the fight again saw both men hold the momentum of the fight at different times.