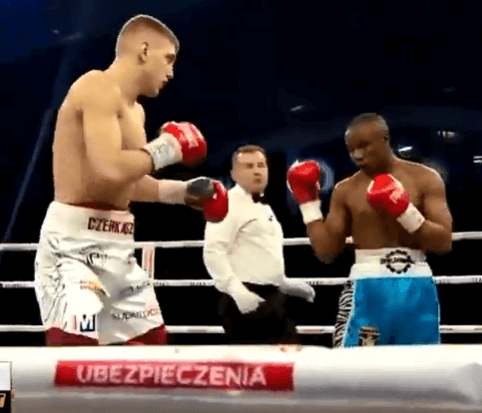 Ukrainian Middleweight Prospect (up to 72.6 kg) Fedir Cherkashyn (15-0, 10 KOs), playing for Poland, recorded in his asset an early victory over the Finnish gatekeeper Mathias Eklund (11-3-2, 4 KOs). This is the fourth prospect victory in 2019.

Cherkashyn first shook, and then dropped his opponent in the opening round. Eklund got to his feet, continued the fight and even came out for the next three minutes. A native of Kharkov, apparently, decided to box a little – in the 2nd round Cherkashyn worked almost one left.

Then, in the next three-minute period, the prospect again cranked up the density and pace of the battle. Eklund again visited the flooring of the ring, continued the fight again, but this time he simply postponed his defeat. Finn was hit by a flurry of Cherkashyn attacks, and the referee stopped the fight.