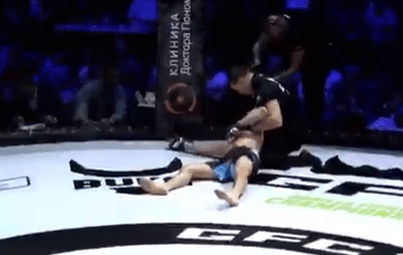 It turned out that the opponent at that moment was not even in Russia on October 6 in Samara, the Gorilla Fighting Championship 18 (GFC) was held – an MMA tournament organized by the energy drink company Gorilla. In one of the battles, the Armenian Rafael Abrahamyan) met with the Turkish athlete Batuhan Akduman.

In the first round, Rafael started choking from behind, but when the opponent lost his consciousness and the referee stopped the fight, Abrahamyan did not let the opponent go and continued to choke, not responding to the judge’s signals.

But this is not the only wild moment from the match. As it turned out, Akduman did not go to Samara, especially since he did not fight with anyone there. And a false fighter came out against Abrahamyan.

How such a falsification was allowed is unknown, because the tournament organizers do not respond to media inquiries. The President of the MMA Federation of the Samara Region is also silent.