Kovalev Made a Big Rematch 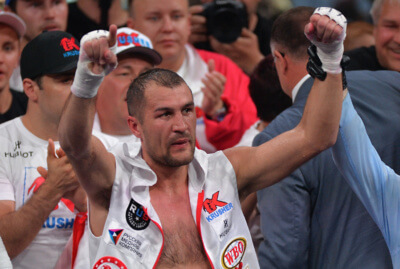 Sergey Kovalev, the former “Krusher” has a bad reputation.
He dumped their unluck at the coaches, but not themselves. It brought him several losses. Many people believed that Kovalev was over. Egis Klimas, Kovalev’s Manager, changed his coach.

Under the guidance of new coach Kovalev had a fight, which nobody expected. He wasn’t looking for a knockout. The fight ended a win by points, that had strength and skill. We will waitting for greate battle for crown in the meadle weight beetween 4 champions from former Soviet Union.

Klitschko Must Do It