Emelianenko defeated Koklyaev by knockout in the first round 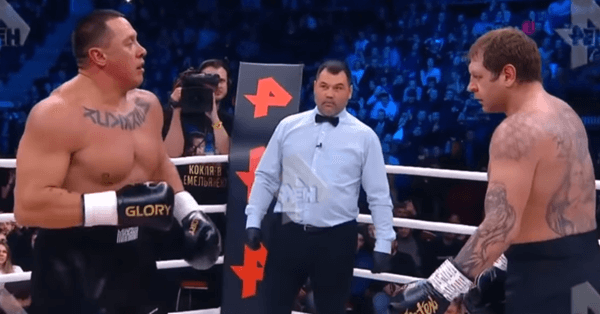 A tournament was held at the VTB Arena in Moscow, the main event of which was the battle between Alexander Emelianenko and Mikhail Koklyaev.

The fight ended with a victory by Emelianenko by knockout in the first round. The fight lasted 2 minutes 47 seconds.

Recall that the athletes fought according to the rules of boxing – four rounds of three minutes. Emelianenko received the belt of the champion of REN TV in heavy weight.

On account of 38-year-old Emelianenko 36 fights in MMA, in which he won 28 victories. For 40-year-old Koklyaev, this was a boxing debut.

Klitschko Must Do It

Kovalev Made a Big Rematch